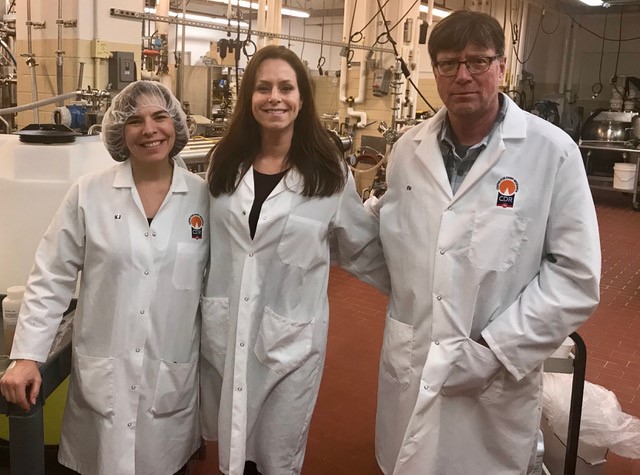 GoodSport, a new sports drink developed in part at the University of Wisconsin–Madison’s Center for Dairy Research, has the potential to turn the sports hydration industry on its head. Entrepreneur Michelle McBride got the idea for GoodSport when her son started playing baseball.

“We didn’t want him drinking traditional sports drinks because they’re filled with artificial ingredients and too much sugar,” McBride said. “So, we tried some natural options, but he didn’t like the taste and I learned that they provided no better hydration than plain water.”

She studied up on hydration and found that milk is one of the most hydrating beverages available. Of particular interest was the work of Ron Maughan, a professor at Loughborough University in the United Kingdom, who developed a tool called the Beverage Hydration Index. The index, which Maughan used to compare the hydration efficacy of sports drinks, water, milk and other beverages, showed that milk was extremely efficacious in rehydrating the human body.

“When I saw that, I thought, ‘Wow! Milk is packed with electrolytes and all of these other nutrients. I really should be able to make a sports drink out of it,’” McBride remembers.

McBride knew that developing a new product would be a serious undertaking. She enlisted the help of several experts, including an experienced sports nutrition scientist. Read more …