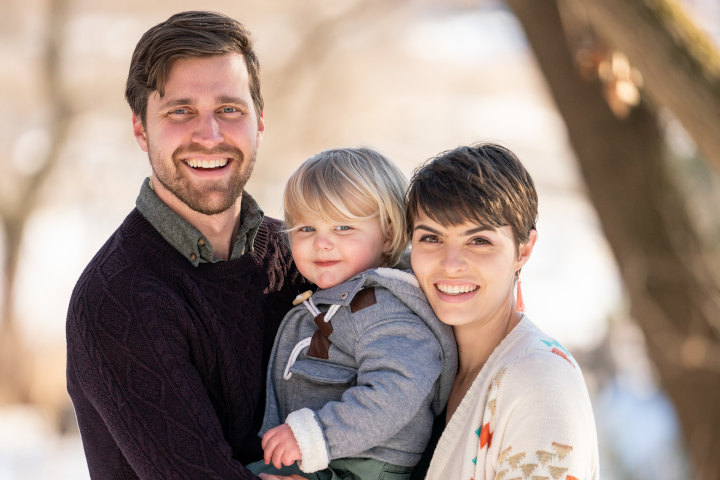 A close brush with death at age 15 set Christopher “Rufus” Sweeney down the path of becoming a doctor.

By Beth Pinkerton, UW-Madison School of Medicine and Public Health

Sweeney had played three rounds of golf in the Oklahoma state tournament with a stomach ache that became so severe he collapsed. After what he describes as a very rushed exam, physicians at a public health center diagnosed him with Rocky Mountain Spotted Fever and prescribed antibiotics. When his condition became worse, Sweeney’s parents took him to a private hospital for a second opinion. There, doctors diagnosed him as having an appendicitis and immediately rushed him into surgery.

“The surgeon said my appendix had ruptured, and if I had waited to finish the course of antibiotics, I wouldn’t be here,” Sweeney recalls. “I was really sick, and when I compared my two hospital experiences, I thought, ‘I need to make an impact.’ I didn’t know what it would look like, but I knew I wanted to go into medicine.”

Job shadowing and working in the medical field during his undergraduate studies at Brigham Young University in Utah validated his career choice. Getting to the University of Wisconsin School of Medicine and Public Health (SMPH) was somewhat of a happy accident.

Attending school in the Badger State hadn’t been on his radar until he met a medical student from Yale University at a conference; that student told him that he liked Yale but wished he had chosen the SMPH because he sensed that it had a high level of support for students.

Applying to and attending the SMPH have been among “the best choices I’ve made in my life,” Sweeney says.

Now a third-year medical student, Sweeney notes that a culture of support is championed within the SMPH from the highest levels of leadership on to professors and staff, and further to the student body. His respect and appreciation for Associate Dean for Students Gwen McIntosh, MD ’96, MPH, and Associate Dean for Medical Education Shobhina G. Chheda, MD, MPH, runs deep.

“When I get a crazy idea, they don’t shoot me down,” Sweeney says. “They may offer suggestions if it seems that I’ve gotten my head in the clouds, but they’ll say, ‘Go for it! You know we’ll support you any way we can.’”

As an Oklahoma Choctaw, Sweeney also expresses his gratitude to Lina Martin and Danielle Yancey of the SMPH’s Native American Center for Health Professions.

Sweeney—who is known as a creative soul and prolific idea generator—says he inherited his entrepreneurial spirit from his paternal grandfather, who owned several gas stations, convenience stores and warehouses. Like him, Sweeney has been able to turn many ideas into reality with the support of SMPH faculty members and his partner, Miriam Bay Sweeney. Read more …