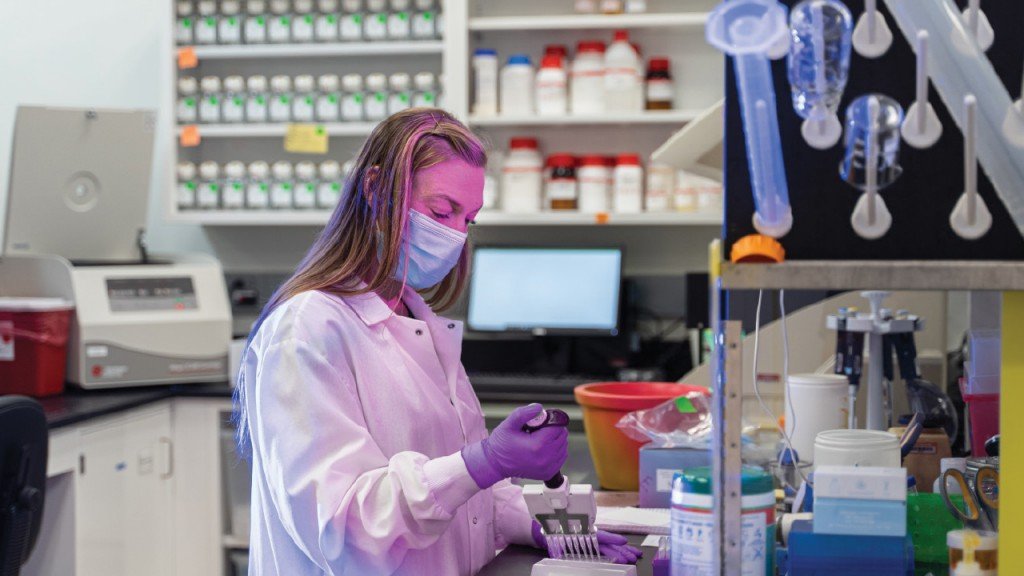 Imagine the sort of coworking space we’ve all grown used to, but this time it’s for scientists. It’s a place for cash-strapped research teams that have taken the leap and launched small biotech startups with big implications. Maybe they’re working on health innovations, like cancer-targeting immunotherapies or potentially lifesaving medical devices. Maybe they want to create smarter pesticides, or grow “seafood” from cell cultures — but they can’t afford to set up a lab.

At Forward BIOLABS in University Research Park, a nonprofit coworking life sciences lab founded in September 2018, members can rent space by the 6-foot bench. Then they share lab equipment that’s cost-prohibitive but so critical that many companies wouldn’t be able to start without it, in some cases saving as much as $500,000 in startup costs and six to 12 months of work. They also get access to office space, cubicles, desks, personal protective equipment, lab coats, conference rooms and a kitchen. Places like this exist on the coasts in the major tech hubs, but they’re a rarity in this region.

“People have been talking about this for 20 years, trying to get something like this going for so long,” says CEO Jessica Martin Eckerly, who co-founded Forward BIOLABS with WiCell Research Institute CEO Robert Drape. They started with a $750,000 grant from the Wisconsin Economic Development Corp. and support from founding partners the Wisconsin Alumni Research Foundation, University Research Park, Madison Gas and Electric and Promega Corp. Forward BIOLABS has since hosted 26 startups on a month-to-month membership; nine have “graduated” and 17 remain. The goal is to keep startups in Wisconsin — including 13 University of Wisconsin–Madison spinouts so far. Read more …