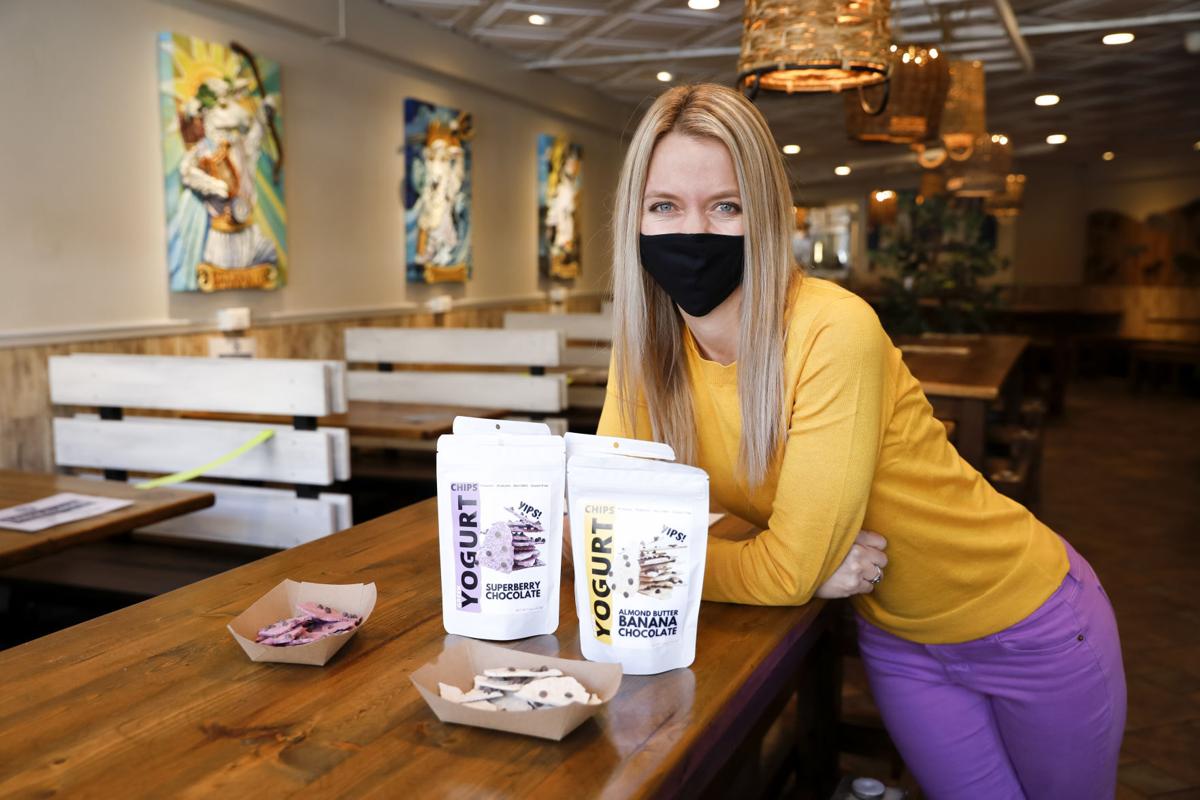 Entrepreneur Erin Vranas, co-owner of the Parthenon Gyros restaurant and founder of Yips Yogurt Chips has both businesses and products reviewed by the Wisconsin State Journal.

Note: You can hear from Erin during the virtual, “Launch Learn + Pivot: Madison Startup Stories“, August 19, during Forward Fest.

Parthenon Gyros has earned plenty of loyalists in its 49 years.

I had a 55-year-old friend visiting from California who grew up in Madison, and the State Street restaurant was one of a handful of places he wanted to eat.

When three of us arrived at dinnertime on a Friday, there was a hive of activity behind the counter.

The employee who took our order at the counter sincerely thanked us for the tip. It wasn’t until we were upstairs that my friends told me that the workers ring a bell and yell “Opa!” when they get tipped. I didn’t make that connection.

As a child in Chicago, when my parents took me to Greek restaurants, waiters would yell “Opa” while lighting saganaki on fire. “Opa!” is a lively Greek expression of emotion.

“It’s a way of just saying thank you and giving back energy and excitement,” said Dimitri Vranas, the third-generation owner, who, with his wife, Erin Vranas, bought the restaurant from his parents in 2017. Read more …