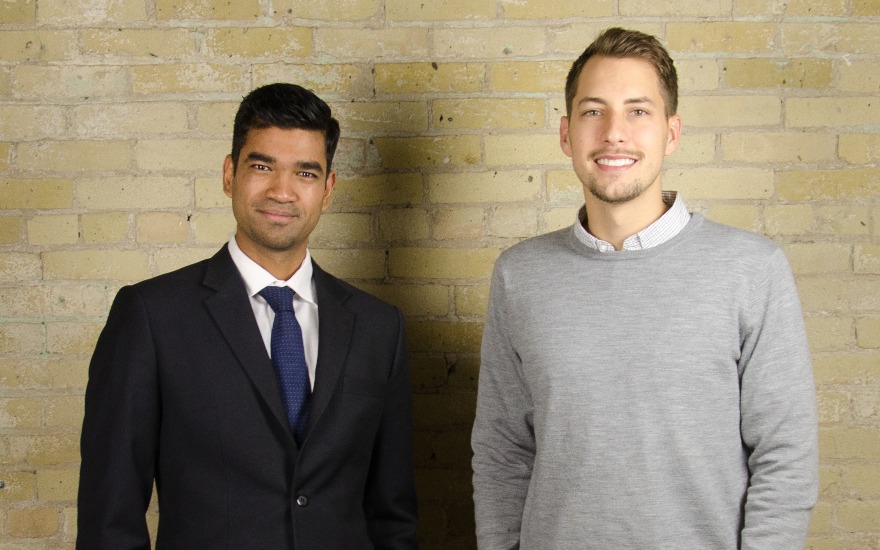 Technology is often the first answer people give when asked what they think is the most exciting industry. But unlike consumer electronics, which generally command the most attention, that same fanfare is rarely present for biomedical technology breakthroughs. Now, two engineering Ph.D. graduates with Weinert Center ties are bucking the trend with Immuto Scientific. Co-founder Faraz Choudhury described why their startup is increasingly garnering attention:

“Immuto Scientific is a contract research organization (CRO) – similar to Covance, though in a different space. What we do is provide analytical research services for drug discovery, and so we help pharmaceutical companies with their drug discovery effort.”

Both Faraz Choudhury and Dan Benjamin earned their Ph.D.s in Electrical Engineering with certificates in entrepreneurship from UW-Madison. The concept that gave birth to Immuto Scientific came from their work with Professor Michael Sussman. Faraz and Dan collaborated with Professor Sussman to build an instrument that could be used to analyze protein structures.

As Dan put it, “He (Professor Sussman) needed to use a high-powered laser to do this type of analysis so he went to our advisor for help with setting it up, and [because] our lab actually studies plasma we knew how to substitute it for a plasma one. We then built a plasma laser system and achieved basically what all these other researchers would achieve only after setting up a giant, expensive laser.”

It didn’t take long for others to take notice that the technology had commercial potential; the Wisconsin Alumni Research Foundation (WARF) actually patented the technology after seeing how disruptive a technology it was and its latent value. Read more …