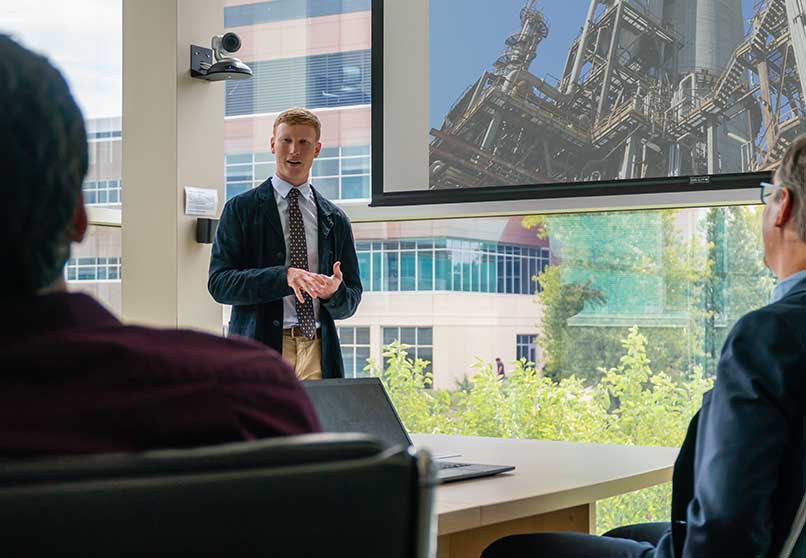 Sustainability is a trendy word that is often abused, especially when speaking about chemistry. Most commodity chemicals and their highly integrated value chains remain rooted in the oil feedstock. Until this changes, it will be difficult to move towards truly sustainable technologies. The use of renewable resources to produce valuable chemicals has promised a lot but delivered little so far. Dr. Kevin Barnett aims to change that, and his approach is radical and pragmatic at the same time. But as Thomas Edison said: “The value of an idea lies in the using of it.” So, the value of Kevin’s innovation has to be linked to its prospects for commercial success or its commercial attractiveness.  Realizing this,  Kevin took something that was not easily found in the established value chain, and that could be both immediately useful and commercially attractive. That something is a small but wondrous molecule called 1, 5 pentanediol.

After graduate school, Kevin took the entrepreneurial way and co-founded Pyran, a company focused on the production of useful commodity chemicals from renewable resources and already launched his first commercial product; 1,5-pentanediol of course! His radical approach combines novel chemistry with the real-world and scalable implementation of a chemical engineering mindset. In this fascinating discussion, Paolo and Kevin discuss career choices, entrepreneurship as a credible option for chemistry graduates, the present and future of renewable resources, and the promise of a different chemistry for tomorrow.

Listen to the podcast …