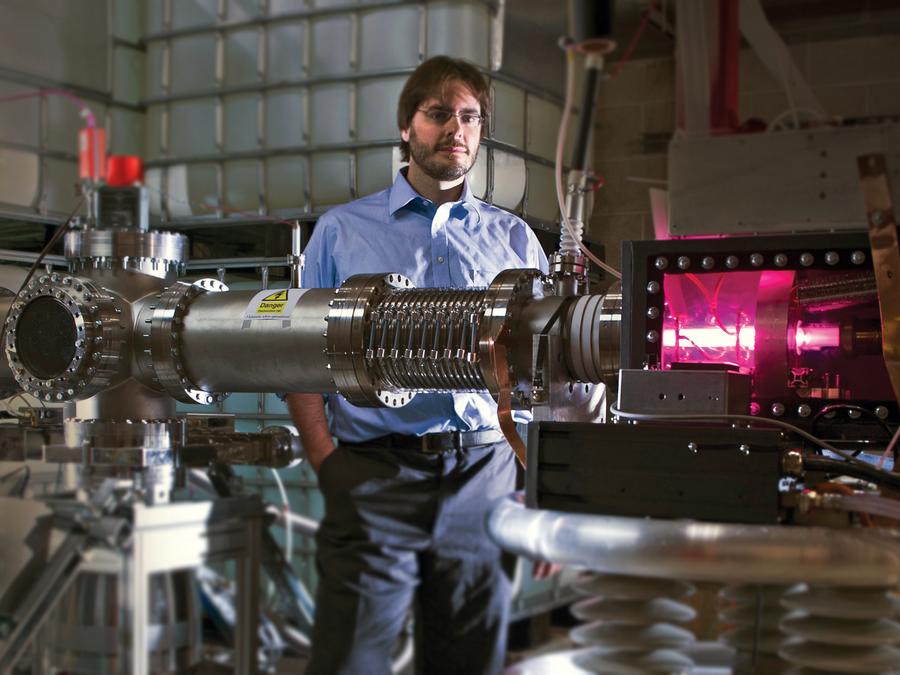 In removing “medical” from its name, the company is reflecting a broader scope that goes beyond its current focus of using nuclear technology to produce valuable diagnostic and therapeutic medical isotopes, the company said last week. The medical application is phase two of SHINE’s four-phase plan to become a producer of clean fusion energy.

The first phase of SHINE’s plan — neutron imaging and materials testing for aerospace, defense and energy industries — was realized with Phoenix LLC, a company founded by Greg Piefer in 2006 before he started SHINE in 2010. The companies announced a merger in April.

“We kind of got the band back together,” Piefer said, speaking last week to the University of Wisconsin-Milwaukee’s Collegiate Entrepreneurship Organization.

Piefer said he initially thought it would take 20 years to get from phase one to phase two. Instead, it took around four years due to technological advances and supply chain factors that worked in SHINE’s favor, Piefer said. Read more …